South Africa, Cape Town, 25 April  2022; THE Apostle Battery, a World War II defence station which falls within the SANParks managed Table Mountain National Park, is set to be revitalised and reimagined in a joint collaboration between NEWMARK Hotels & Reserves and ILIOS Travel.

The historic military battery on the mountains above the seaside enclave of Llandudno, Cape Town, is to become a unique retreat hotel following the announcement by SANparks and NEWMARK Hotels & Reserves that the site will be re-developed into a premier hospitality destination consisting of luxury accommodation, eateries, a spa, retail offerings, a museum and interactive experiences. NEWMARK Hotels & Reserves and ILIOS Travel have been granted the tender to redevelop the battery site, with a 40-year concession.

Mike Vroom, Executive Director for NEWMARK, Africa region, explains the plans for this important Cape heritage location: “The Apostle Battery currently features three separate developed, but dilapidated or derelict, areas that were part of the original naval defences. At these locations we will be creating two boutique military-styled mountain lodges – each with its own private guest areas. In total, the two lodges will feature 21 separate suites, which will be designed with a contemporary take on lightweight canvas military structures. Each luxury suite will boast its own private plunge pool with unrivalled views over Llandudno and the Atlantic Ocean.” 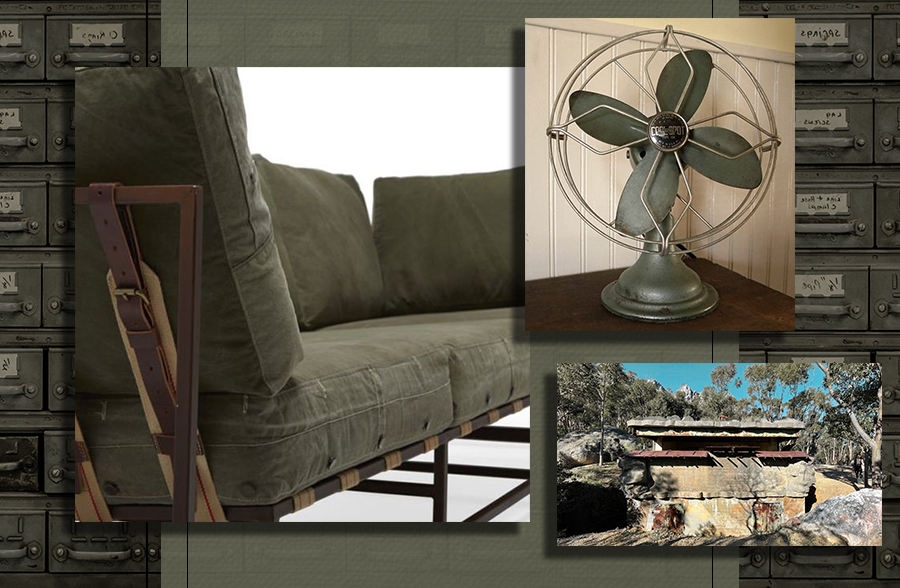 Renowned hospitality designers, Fox Browne Creative, have been tasked with reinterpreting and reinventing the site by creating a series of welcoming, cool, contemporary, high-end, authentic, inclusive and reflective experiences that remain true to the original history and spirit of the military site.

Designed in partnership with Jack Alexander, the two intimate mountain lodges will be built from light gauge steel and canvas. The design of the lodges and suites is contemporary and luxurious, while complementing the original style of the military structures on the site. The interior style will feature understated luxurious elements made up of the finest local South African furniture and crafts.

The Mountain Lodge is centred around the three original gun sites known as the Apostle Battery, originally constructed in 1940 as an important part of South Africa’s naval defence system. In addition to the three-gun batteries, the existing buildings at the Apostle Battery, all constructed between 1939 and 1945, include a guardroom, workshop, quartermaster sergeant’s room, mess halls, soldiers’ dormitories, a radio room, generator room, storeroom and ammunition room.

“These structures and buildings will be incorporated in various ways into the new Apostle Battery site,” says Vroom. “Most of the original footings will be used and, where alien trees are to be felled, this timber will be utilised in the architectural finishes of the new structures.”

Vroom goes on to explain that, in addition to the Mountain Lodge, once completed, the Apostle Battery site will feature a family-friendly 100-seater restaurant called The Officers Mess, which will be open to the public, as well as the Cannon Bar, a 50-seater tapas bar with exceptional sunset views over the Atlantic. There will also be a Provisions Store – a small deli offering picnic hampers to enjoy on site – and a craft centre, which will showcase a curated selection of the finest locally made fynbos arts, crafts and beauty products. 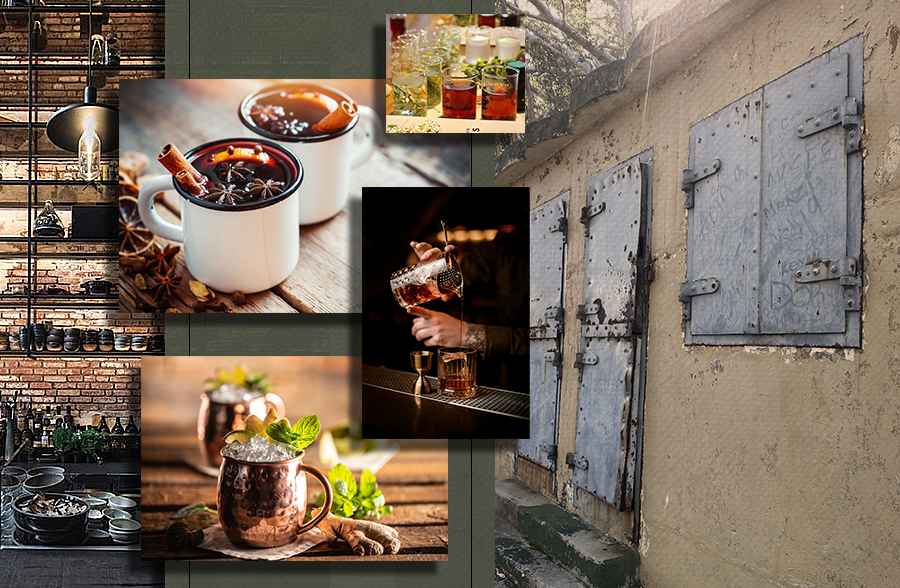 The Rejuvenation Destination Spa will feature private treatment rooms, salt and steam chambers, an eco-friendly plunge pool with sundeck and a state-of-the-art gym. These facilities will be available to be enjoyed by lodge guests, as well as day-spa visitors.

According to Vroom the historic battery guns on site form an integral part of the development and that the heritage of the site remains key to the entire project.

“The gun emplacements are some of the last remaining extant breech loading artillery guns in the world. Of the 27 still in existence, 12 of these are to be found in South Africa and nine of those in Cape Town – with three at the Apostle Battery site. Unfortunately, the guns are currently in a state of considerable disrepair, however, as part of the redevelopment of the Apostle Battery, we will be working with experts in their respective fields to restore these important pieces of history to their former glory and they will form part of The Battery Museum – an interactive military museum showcasing historical artefacts sourced from the site. This museum will be open to the public and there will be a museum shop on site retailing a collection of the finest historical literature.”

“We also plan to develop a unique virtual-reality experience that will be created on the original firing platforms,” advises Vroom. “Other interactive and immersive experiences on offer will be The Transformer House – a workshop showcasing all of the sustainable practises that will be employed on site, such as alternative energy, recycling, water treatment and waste management. There will be guided historical walks, overnight mountain hikes, as well as The Battery Experience – a rustic watch tower sleepover set high in the mountains.”

Vroom explains that the Apostle Battery was operated by women during World War II and, as such, holds significance in the history of women’s emancipation and their fight for equality, both locally and internationally. “In keeping with this, and as a tribute to the women who operated this site, we plan to employ mainly female staff who will be sourced from the local surrounding communities as part of our job creation and social upliftment focus.”

“We very much look forward to collaborating with Mohamed Baba of ILIOS Travel and to be working closely with SANParks on this notable development,” says Neil Markovitz, CEO of NEWMARK. “Our team of experts will be working closely with SANParks together with a highly experienced consultant team of historians, ecologists, environmentalists, architects and interior designers to bring to life this unique first-of-its-kind offering. There is truly nothing else like it in South Africa and the location alone, standing as it does on this phenomenal site with unrivalled views, promises a memorable experience in an iconic setting.”

The sensitive development and renovation of the Apostle Battery military site will take approximately three years to complete, with 2025 pinned for the opening of the still to be named small luxury retreat hotel.

With a heritage spanning two dynamic decades, NEWMARK Hotels & Reserves provides extensive experience in managing prestigious and distinctive properties matched by its passion to assist owners realise their business goals. This is made possible by a highly focused, motivated and skilled executive team, led by industry visionary, Neil Markovitz. The team’s collaborative proficiency enables the company to offer a comprehensive range of hospitality management services, specially tailored to suit each property. Newmark’s forte lies in identifying the unique attributes of each property and bringing these to the marketplace’s attention through a bespoke, tailor-made model.  This dynamic company’s singular approach, which involves first establishing solid infrastructure before pursuing other goals, has driven its success.

The company’s portfolio includes a curated collection of luxury hotels, reserves and lodges in South Africa, East Africa, including Zanzibar, as well as Mauritius.  NEWMARK’s portfolio includes the Cape Town signature addresses of the Victoria & Alfred Hotel, the deluxe Dock House Boutique Hotel, the five-star Queen Victoria Hotel & Manor House, La Splendida in Mouille Point, the newly renovated and reopened The Winchester Hotel in Sea Point and the Onyx Boutique Hotel and the Rockefeller Hotel, both on the city’s Foreshore. Further into South Africa’s interior, the collection includes the Eastern Cape’s historic Drostdy Hotel in Graaff-Reinet as well as the nearby legendary Mount Camdeboo Private Game Reserve. Motswari Private Game Reserve in the Timbavati Private Nature Reserve and the Nkomazi Private Game Reserve in Mpumalanga complete the lodge and reserve collection. NEWMARK recently cemented a presence in South Africa’s financial capital, Johannesburg, with the launch of The Catalyst Hotel situated in Sandton.

Current new projects include the much-anticipated Blue Amber property development on an idyllic tranche of Zanzibar’s sun-washed coastline that encompasses the beach-chic Shirazi Resort & Villas; set to open in early 2025.