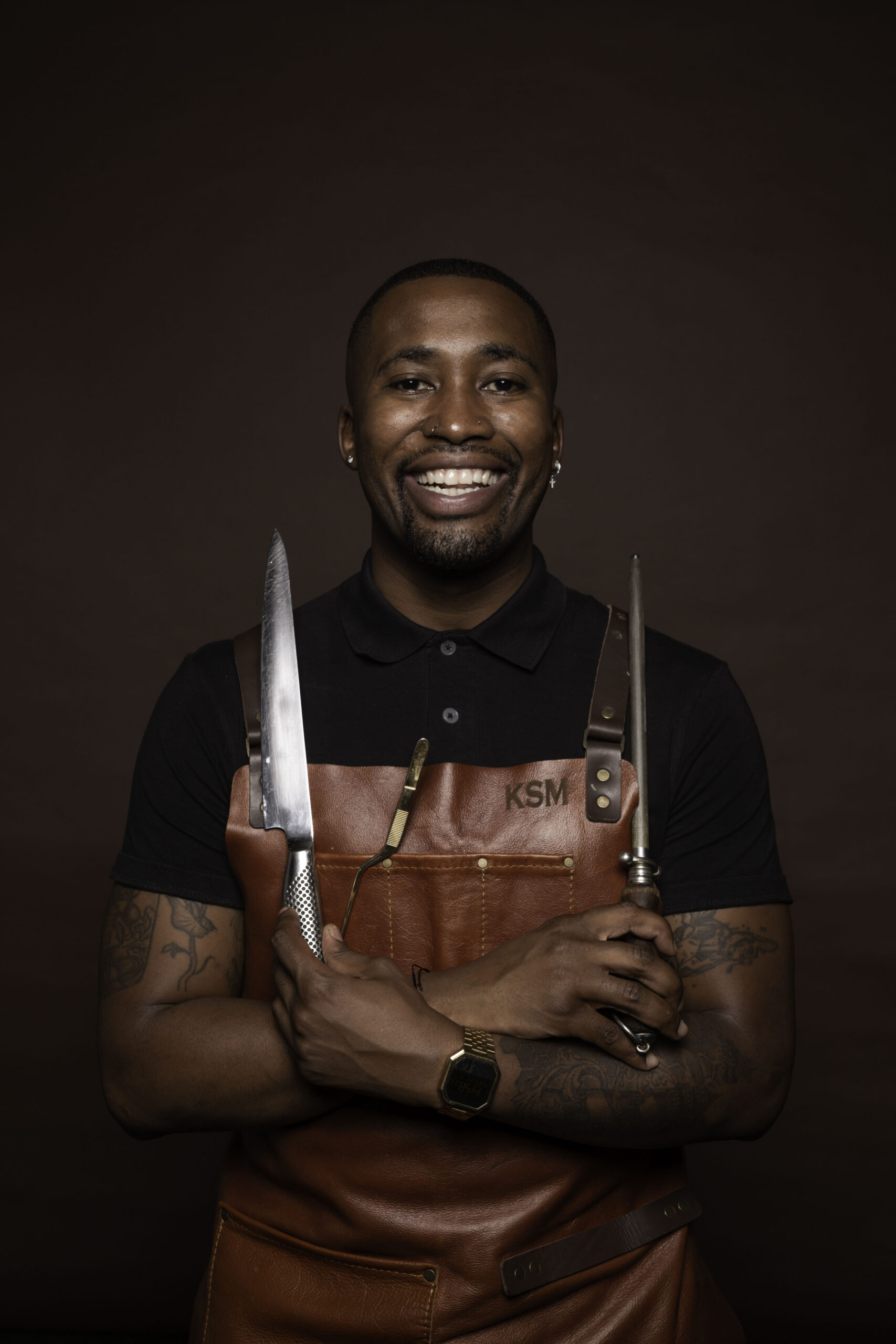 Joburg gastronomes and those fixing for a remarkable repast will soon be treated to Katlego Mlambo’s pop-up at the atmospheric Marabi Club in Hallmark House from 20 January to 26 March, 2022.

The Marabi Club, lauded as the finest live jazz bar in the city is located in Maboneng, a globally renowned precinct that pulls a discerning crowd and has long been recognised by creatives as a high energy hotbed of innovation. 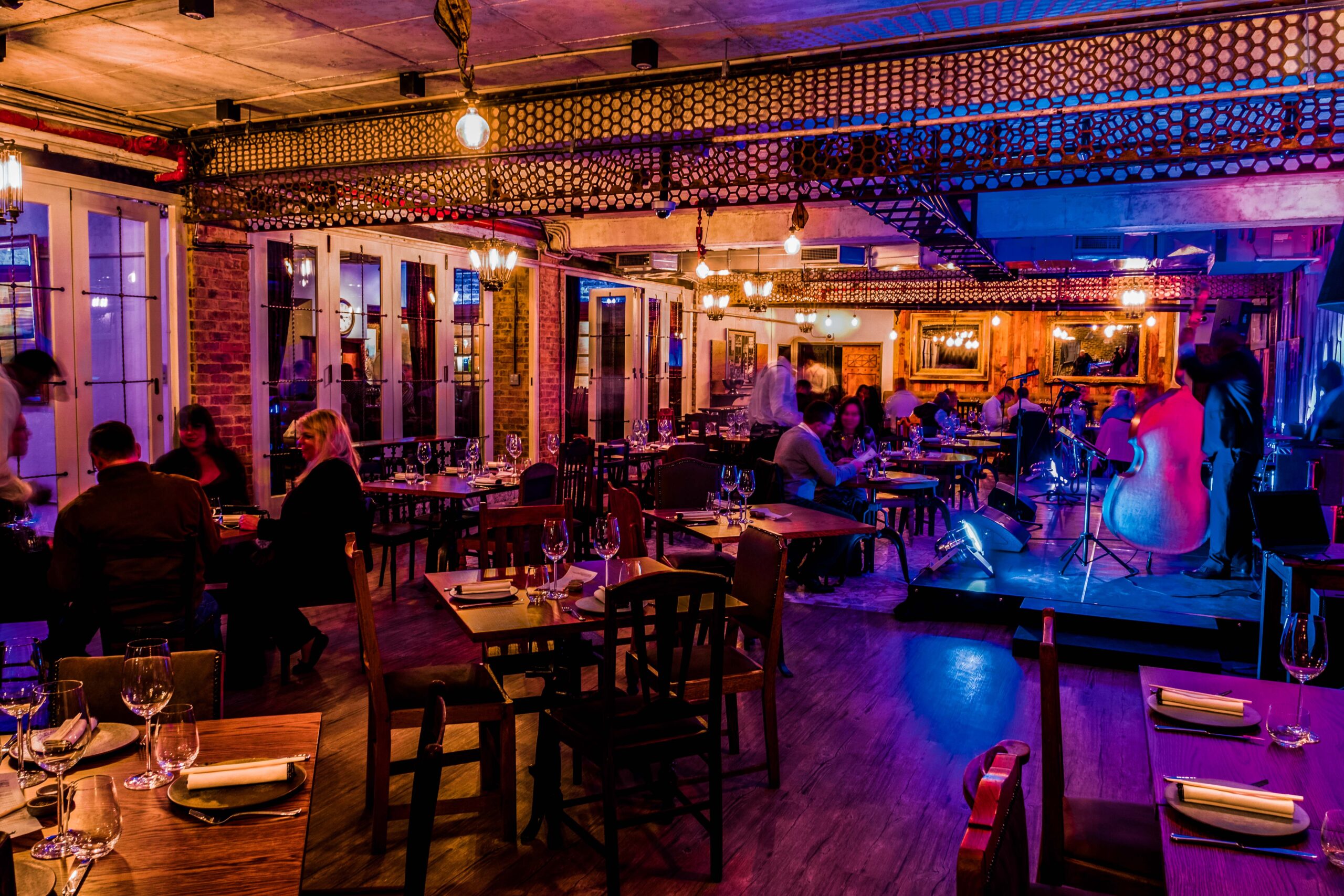 About the highly anticipated project, Mlambo is upbeat. “I’m very, very excited. Due to the pandemic It’s been a while since I’ve been able to cook food my way. Over COVID-19 so many great chefs took a hit and lost their passion, including myself, so this is an opportunity to do what I love most and I’m grabbing it with both hands. The fact that we are situated in town at the beautiful Hallmark House Hotel provides such a great synergy and my having worked at the Marabi before is a huge plus.” Big names that have graced his tables include Kelly Rowland, Carmelo Anthony, Black Coffee, A-list couple Jay Z and Beyoncé and in 2019 he was the lead chef for the Mandela 100 Years USA event hosted by President Barack Obama in Washington DC. Sprinkling traditional African dishes all over the world map has always been his goal and after a career spanning fourteen years, he is clearly well on his way.

Of the Marabi pop up, a number of his popular classics will be back, including  the in-demand Thai style oysters, fish tacos, and Katlego’s legendary African carrot dish that took the humble veg to stellar heights in all of its spicy, pickled glory. Seafood lovers should look out for Chef’s Lekker Calamari – succulent deep fried tubes served with Katlego’s homemade atchar, miso mayo, tamarind dressing, smoky toasted sesame seeds, and garnished with tuna bonito flakes, an umami odyssey on a plate. Overall, patrons can indulge in a well-crafted offering of shared plates that present as “sweet, salty, spicy, tangy and naughty, like me”, he says in his typically affable manner. “I want diners to have that ‘oh yeah’ moment. You know, like when you taste something great and nod your head twice.” This pop up is about progressive cuisine that tantalises and leaves you salivating for more. 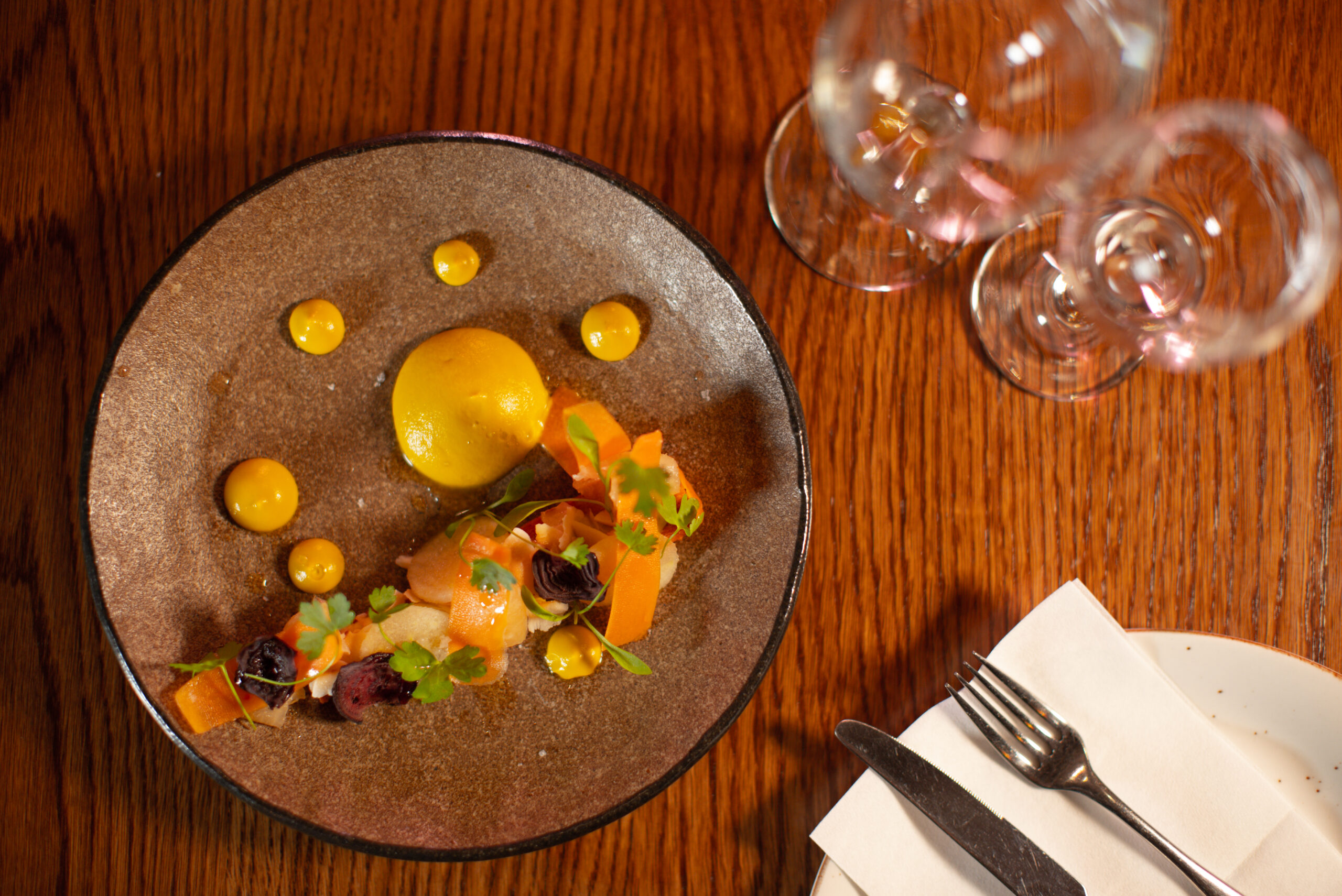 Katlego Mlambo hails from Eldorado Park in Gauteng. An alumnus of the Silwood School of Cookery in Cape Town, he spent a decade honing his cordon bleu skillset under some of South Africa’s greats including Luke Dale Roberts, PJ Vadas, Eric Bulpitt and Scot Kirton, Chef Patrons of outstanding eateries such as the Luke Dale Roberts group (as Group Sous for the Test Kitchen, the Pot Luck Club and The Commissary) as well as other iconic chefs including The Roundhouse and La Colombe respectively. After a bout of world travel, Katlego spent some time in Cape Town before returning to home territory in Johannesburg to take the helm in The Marabi Club kitchen. While steering that operation he won several awards such as the Nederburg Rising Star Award & African Restaurant of The Year. During his time at La Colombe, the Cape Town restaurant snagged the number one spot at the 2019 Eat Out Mercedes-Benz Restaurant Awards and he simultaneously scooped the 2019 Eat Out Nederburg Rising Star Award, a prestigious accolade. Additionally, Mlambo has carved out a burgeoning career in television as the presenter on his own Food Network cooking show called The Inside Job which is heading into the second season of production and is broadcast throughout Africa and the Middle East.

As a child it was his grandmother who ignited his interest in cooking. Time spent watching her prep home-style  comfort food fuelled his passion and drove his determination to be a versatile, stand-out chef. Mlamblo derives tremendous satisfaction from the creative processes behind recipe and menu development and is at ease with all types of cuisine. And in deference to his roots, he frequently contemporises African staples – think truffle samp – and is a whizz at constructing ‘lusciousness on a plate and savage flavours’, to coin his own descriptions. 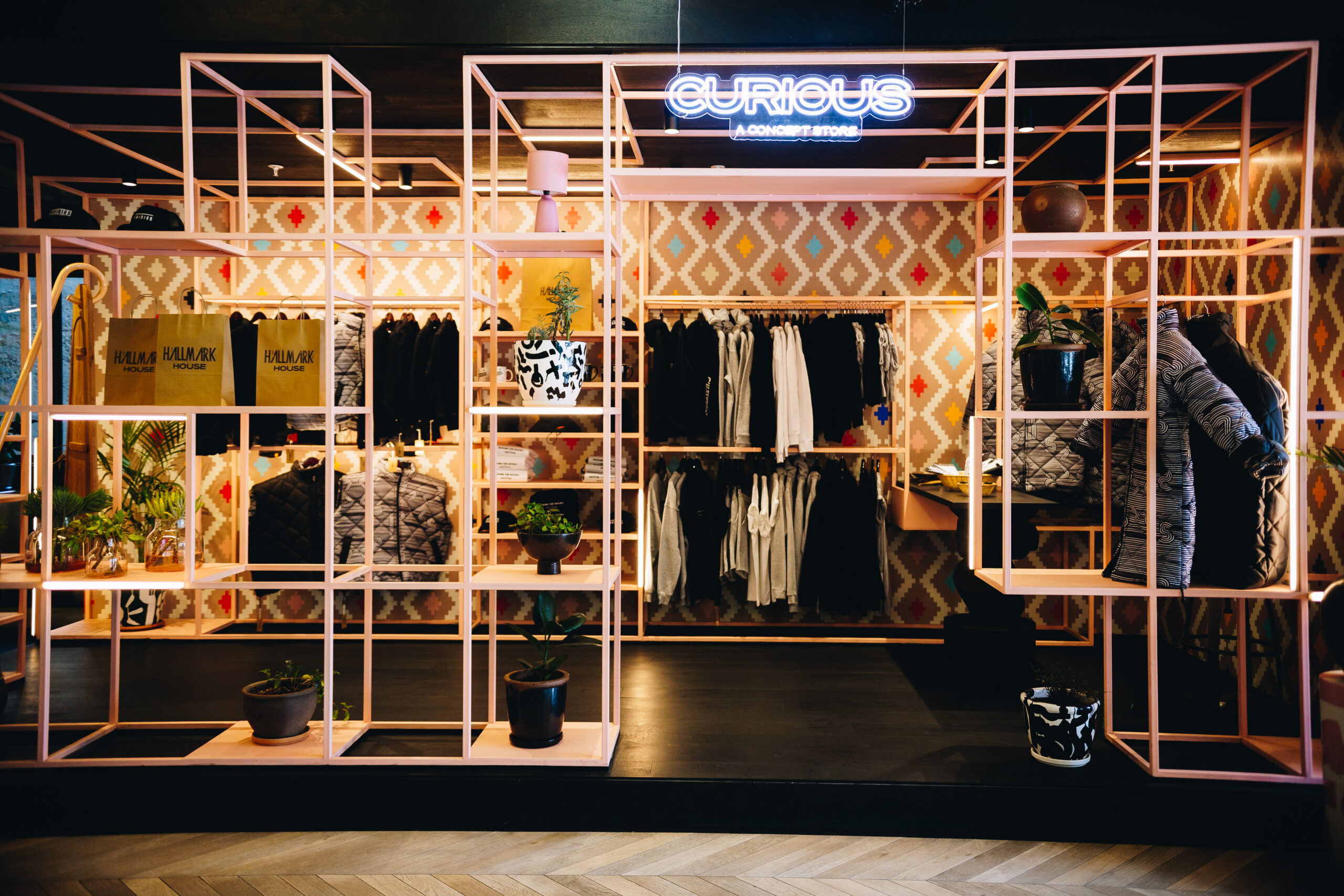 Says Mlambo, “The fact that we are situated in town at the Hallmark provides such a great synergy and my having worked at the Marabi before is a bonus,” he adds. “There’s such a great energy between myself, TJ Steyn and Dale de Ruig, the gents who founded the Marabi Club as part of their commitment to inner-city regeneration.”

The Club itself is situated in the hotel basement, a sultry speakeasy that offers world class African jazz by the resident Marabi Quartet plus showcases emerging and established artists. That, and the top notch, relatable fine dining experience is what consistently lures jazz afficionados to the venue. Named for the Marabi style of music that evolved in the yards of New Doornfontein in the 1920’s, the atmospheric club also boasts an authentic long bar and a stylish cigar lounge, and is replete with vintage furniture pieces, hand painted floor tiles, a signature wall made up of reclaimed doors and a collection of contemporary art works and classical South African jazz imagery, all on point décor elements that capture the essence of a bygone era.

The Marabi Club pop up hosted by Chef Katlego Mlambo promises a trip to flavourtown paired with the hottest jazz in Jozi. A winning combination and not to be missed.

The Marabi Club is open Thursdays to Saturdays from 6pm to late, and on the last Sunday of every month from Noon until 3pm the sister-restaurant, Rooftop at Hallmark, plays host to the iconic Sunday Lunches brought to you by Chef Mlambo. To book your prized table visit www.hallmarkhouse.info/marabi or email info@themarabiclub.com and call on 010 591 2879.

Looking for the full inner-city experience? Enjoy 20% off all hotel overnight stays at Hallmark House when booking your table for the Marabi Pop-Up experience.

Hallmark House, an all-suite luxury urban hotel combined with residential suites is a chic fourty-six room property designed by the award winning Ghanaian-British Sir David Adjaye whose blue chip architectural credits include The National Museum of African History & Culture in Washington DC. Hallmark House reopened in Spring 2021 with a colourful makeover that has brought in new neon-bright colour, standout decor pieces and bold murals created by leading designers and artists including Mash T, Houtlander, Nelson Makamoand Maxhosa by Laduma as well as A-list artist African Ginger. Hallmark’s biggest drawcards- the Marabi in the basement and the spectacular Rooftop at Hallmark – have also been reignited and are yet another enticing reason to stay over.

For Press and Media assistance, contact Ian Hamilton Manley of ManleySocial
via email ian@publicity.co.za or +27 (0)82 826 0456.