South Africa, Cape Town, 1 June 2022; THE Winchester Hotel, which reopened its doors at the end of 2021 after a comprehensive and transformative R90-million renovation, has won a prestigious accolade from the international LIV Hospitality Design Awards.

This much-loved seafront hotel overlooking Cape Town’s scenic Sea Point promenade, which was originally built nearly 100 years ago, was the winner in the Interior Design Historic & Heritage category at the awards, which recognise excellence in hospitality architecture, interior design and guest experience – on a global scale.

The Winchester award was based on a rating of 80 points or higher (out of a maximum of 100) by an expert jury comprising of architects, designers, hoteliers, developers and leaders in the fields of architectural and interior design.

“As a Cape Town-based studio we could simply not imagine this landmark renovation happening on our doorstep without our involvement. We are so proud to be recognised by the LIV awards for a number of reasons. As an award, LIV’s great value is that the judging panel is made up of all the most relevant people within the most dynamic global hospitality brands: the people currently shaping this industry. From a project perspective this recognition validates that we have achieved our core design motivation to honour the legacy of the hotel while elevating the offering,” says Mardré Meyer, Creative Director at SOURCE Interior Architecture and lead designer on the Winchester Hotel renovation (alongside Bianca Minnaar).

Originally built as a residential apartment block (and previously known as The Winchester Mansions), the now beautifully reimagined property, The Winchester Hotel, is managed by Newmark Hotel & Reserves. The remarkable refurbishment cements the hotel’s long-held reputation as one of Cape Town’s most sought-after destinations.

“The efforts to update and modernise the Winchester experience, without losing any of the innate charm of this iconic Cape address, have been recognised and rewarded by top global experts, and we are pleased and proud to be associated with the relaunch of the beautiful Winchester Hotel,” says Neil Markovitz, CEO of Newmark Hotels & Reserves.

Honouring the rich history of the Winchester building, while meeting the evolving needs of the contemporary traveller, was the starting point for the creative process behind the redesign. The building comes with an enormous history, personality and charm and, in reimagining what the hotel could be, it was important for the team at SOURCE to reference and respect that past, while also creating a more contemporary experience that fits with the needs and desires of today’s global traveller. It is therefore fitting that the hotel was awarded in the Interior Design Historic & Heritage category at the awards. “It’s been remarkable to see the transformation of this great dame come to life – to see her restored and looking better than ever has made a massive impact, not only on our hotel guests but on all our local resident clients that now call her home,” says Michael Liffmann, General Manager at The Winchester Hotel.

A bold approach to the design and decor sees the hotel’s public spaces enlivened and rejuvenated. The seventy-six (76) guest rooms and suites with their spacious en-suite bathrooms have all been updated, with some entirely reconfigured to create spacious sea-facing suites. In step with the extensive revamp of the rooms and public areas, fresh inspiration has also been given to the food and drink experience at The Winchester’s Shoreditch Restaurant and Harvey’s Bar, overlooking the Sea Point Promenade. 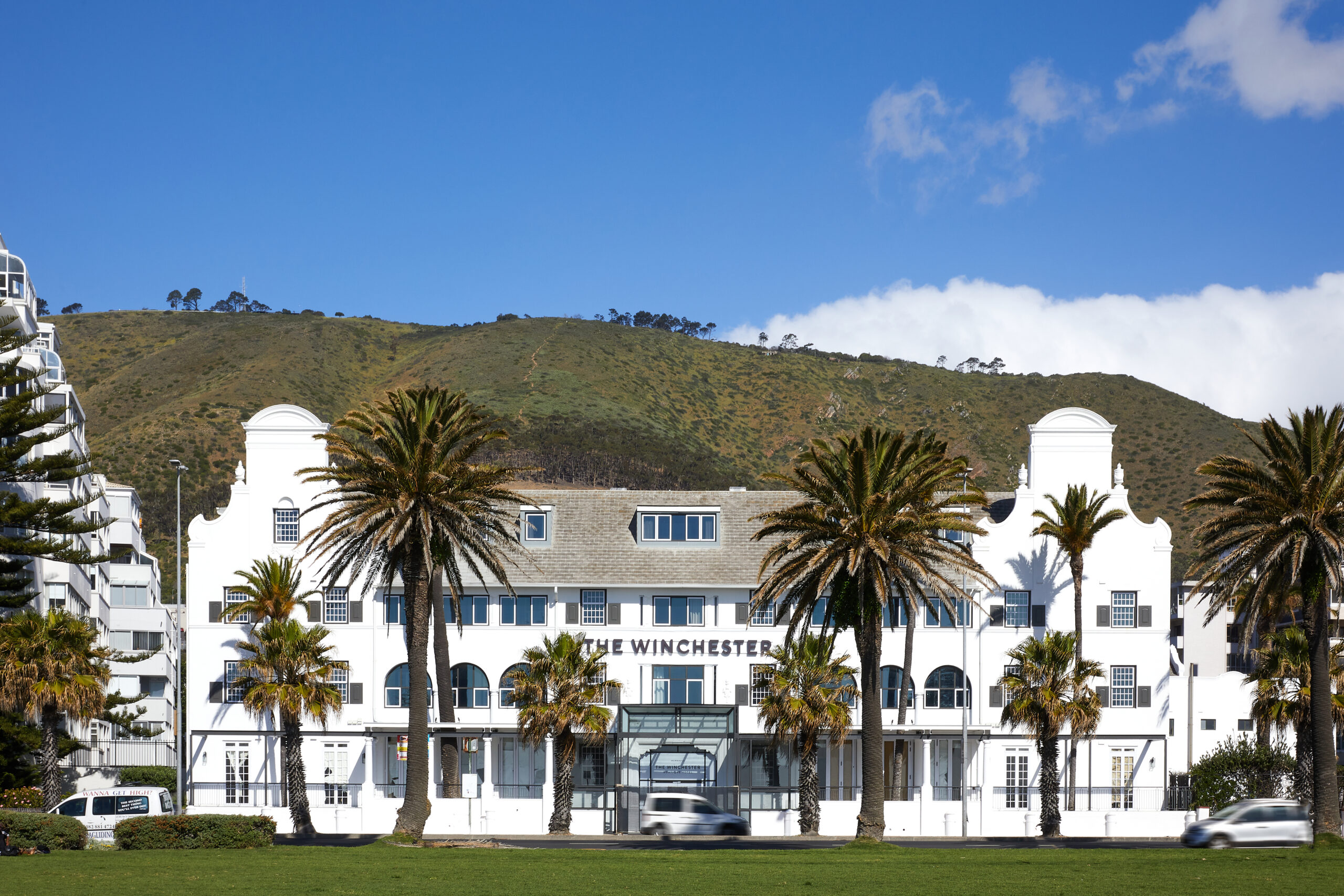 This season, The Winchester Hotel is offering a winter accommodation-and-dining special, which will run between 3 June and 28 August. The special includes: a two-night stay for two, including breakfast and a R250 voucher to be used each night (total R500) at Shoreditch Restaurant, for a total price of R5 100.

Newmark’s portfolio includes a curated collection of luxury hotels and reserves in South Africa, East Africa, including Zanzibar, as well as the island of Mauritius. Newmark’s Cape Town portfolio includes the signature addresses of the Victoria & Alfred Hotel, the deluxe Dock House Boutique Hotel, the five-star Queen Victoria Hotel & Manor House, La Splendida in Mouille Point, the newly renovated and reopened The Winchester Hotel in Sea Point as well as the Onyx Boutique Hotel and the Rockefeller Hotel, both on the city’s rejuvenated Foreshore. Further into South Africa’s interior, the collection includes the Eastern Cape’s historic Drostdy Hotel in Graaff-Reinet as well as the nearby legendary Mount Camdeboo Private Game Reserve. Motswari Private Game Reserve in the Timbavati Private Nature Reserve of Limpopo Province and Nkomazi Private Game Reserve in Mpumalanga Province complete the private game reserve collection. NEWMARK recently cemented a presence in South Africa’s financial capital, Johannesburg, with the launch of The Catalyst Hotel situated in Sandton.

Current new projects include the much-anticipated Blue Amber property development on an idyllic tranche of Zanzibar’s sun-washed northern coastline that encompasses the beach-chic Shirazi Resort & Villas; set to open in early 2025. The company recently announced a project in collaboration with SANParks to restore the Apostle Battery located on the lower slopes of the Table Mountain National Park that will also include the development of a retreat-style mountain lodge.