South Africa, Cape Town, 7 June 2022; The magnificent Serengeti Sojourn Mobile Camp has announced a new location for its second home. After years of opening in the Tanzania’s Lobo region every June, the luxury mobile camp is now making Togoro 1 (there are 3 camps in the area) its second home base.

Like its name suggests, the Serengeti Sojourn Mobile Camp is a migrational camp which has a home base during particular times of the year to follow the Great Migration. The camp is stationed in the Ndutu region from December to March in the South of the Serengeti National Park and, in the past, would have opened in the Lobo region between June and October. Now, after careful consideration and research, the camp shall open in the Togoro region, which offers incredible sightings not only of the Great Migration, but of the big cats, including a local super pride of lion. 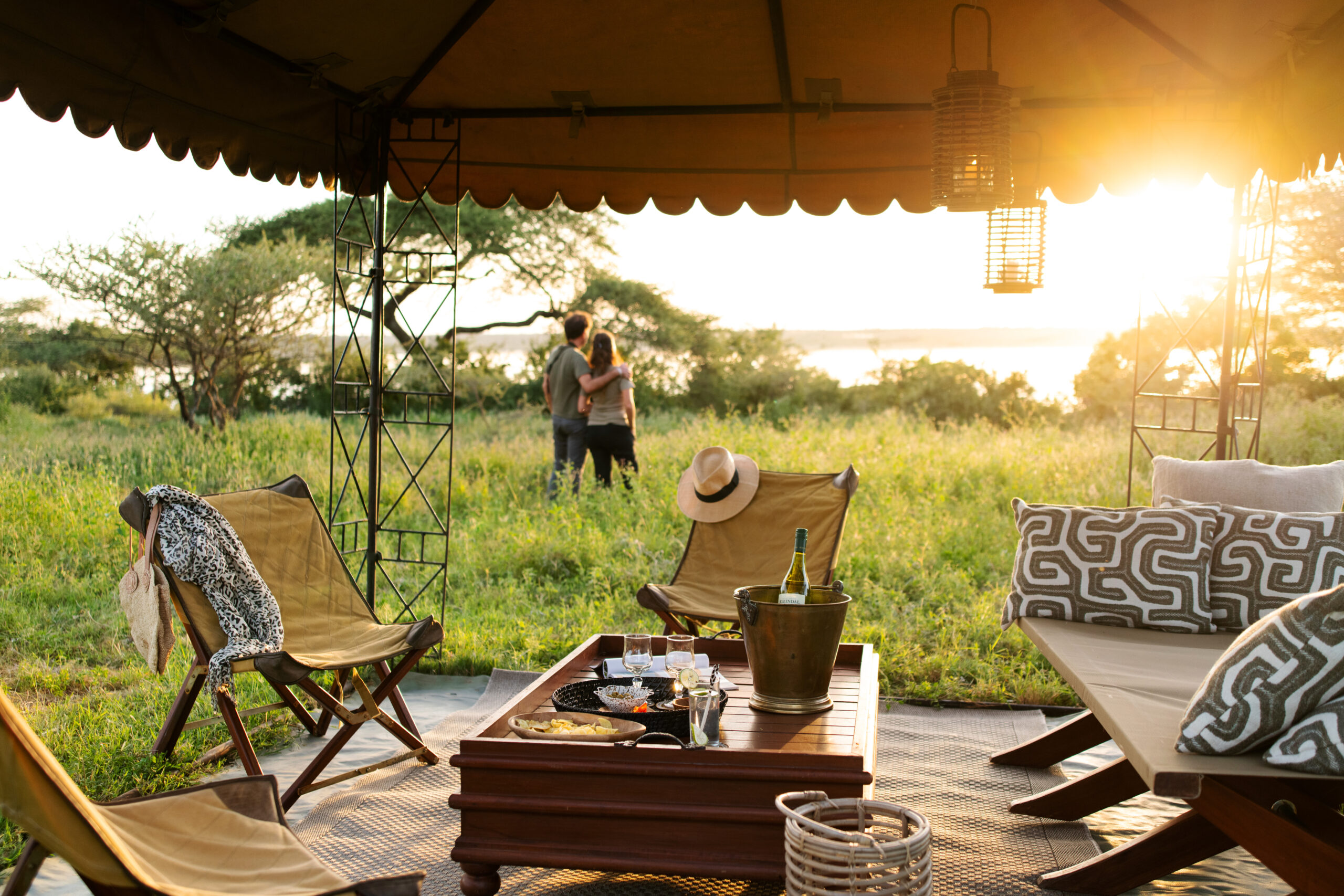 Why is the new Togoro location of particular interest?

The new location, specifically at Togoro 1, is a 45-minute game drive from the Seronera airstrip or a 25-minute game drive from the Lobo airstrip, which means it’s very accessible. Migration herds spend ample time in the area on their way further north into Kogatende. Togoro is ideally located within the migration corridor, so the herds will pass by and graze in the surrounding fertile grasslands and savannahs.

The new location means that Serengeti Sojourn now has premium accessibility to the main regions of Lobo, Central Serengeti and Kogatende. Once the migration has moved further north, the mobile camp will offer full-day game-drive experiences to track the wildlife all the way to the Mara River to witness the jaw-dropping crossing of wildebeest and zebra.

The Togoro area is also home to lion, cheetah and leopard and offers superb sightings of these animals thanks to the kopjes (hills) in the area, which offer great viewing and vantage points. Togoro is also home to three active large prides of lions, including a super pride of 42. The fertile land is also home to an abundance of buffalo, elephant, impala, eland, giraffe, gazelle and more. After a tumultuous two years, due to the Covid-19 pandemic, the Togoro camp will officially be opening this month on 23 June 2022, with some incredible South African resident specials! Stay for four nights at Serengeti Sojourn – Togoro and only pay for three! For those wanting the best of beach life and safari, consider the East Africa Bliss Package, which includes three nights at Serengeti Sojourn – Togoro and three nights at Chuini Zanzibar Lodge on the coast. This discounted rate offers a “stay for six, pay for four” special. These offers are valid for stay dates 23 June to 31 October, but need to be booked by 30 June this year.

Newmark’s portfolio includes a curated collection of luxury hotels and reserves in South Africa, East Africa, including Zanzibar, as well as the island of Mauritius. Newmark’s Cape Town portfolio includes the signature addresses of the Victoria & Alfred Hotel, the deluxe Dock House Boutique Hotel, the five-star Queen Victoria Hotel & Manor House, La Splendida in Mouille Point, the newly renovated and reopened The Winchester Hotel in Sea Point as well as the Onyx Boutique Hotel and the Rockefeller Hotel, both on the city’s rejuvenated Foreshore. Further into South Africa’s interior, the collection includes the Eastern Cape’s historic Drostdy Hotel in Graaff-Reinet as well as the nearby legendary Mount Camdeboo Private Game Reserve. Motswari Private Game Reserve in the Timbavati Private Nature Reserve of Limpopo Province and Nkomazi Private Game Reserve in Mpumalanga Province complete the private game reserve collection. NEWMARK recently cemented a presence in South Africa’s financial capital, Johannesburg, with the launch of The Catalyst Hotel situated in Sandton.

Current new projects include the recently announced new Qwabi Private Game Reserve in the Waterberg region of South Africa, set to open in December of this year. Future projects include the much-anticipated Blue Amber property development on an idyllic tranche of Zanzibar’s sun-washed northern coastline that encompasses the beach-chic Shirazi Resort & Villas; set to open in early 2025. The company also recently announced a project in collaboration with SANParks to restore the Apostle Battery located on the lower slopes of the Table Mountain National Park that will also include the development of a retreat-style mountain lodge and curated museum; planned to open by 2025.