SIMONSIG HAILS THE RED WINE THAT STARTED IT ALL

Stellenbosch, South Africa, 8 June 2022; Winter is a time for red wine. While Stellenbosch is the heartland of the country’s icon reds, it is wine from the pioneering Simonsig Estate that shines among the brightest of these expressions.

Leading the way since its conception is the Simonsig Tiara. Tiara was the first of the farm’s premium range; among South Africa’s first Bordeaux blends; and, the wine that first launched Simonsig’s standing as a producer of top quality red wine.

“Tiara was a big step in building a serious Simonsig red wine reputation, because in the time of [family patriarch and industry pioneer] Frans Malan, the focus was mostly on the Kaapse Vonkel [South Africa’s category founding Cap Classique] and white wines,” says third-generation Simonsig winemaker Michael Malan about his grandfather.

The maiden vintage of Tiara came in 1990, at a time when South Africans, like wine-lovers across the world, were discovering their love for wines styled after those made in France’s Bordeaux region.

According to Michael’s father, Johan, under whose tenure Simonsig soared to new heights, the first Bordeaux style wines in the Cape were made in 1979 and 1980. Both were instant successes, he says. “Simonsig was very focussed on pioneering new white varieties in the late seventies.”

When it finally arrived, the Malan’s knew they had a winner and it’s evident in the name the wine was given. Frans Malan came up with it as they sought to find a word that would transmit its stature. It had to be regal, “a signal of royalty or representing the very best,” Johan says.

The name for what is traditionally an exquisite crown worn by a queen or princess fit the bill perfectly. Years later, with the creation of Simonsig’s award-winning single-vineyard Cabernet Sauvignon, called The Garland, a magical thread would be woven. Both headdresses, one of diamonds, the other of flowers, were linked in the wines that bore their names by Cabernet Sauvignon – arguably the wine world’s apex variety.

For that founding Tiara however, it wasn’t only the Malans who liked it. The wine was an instant hit. The inaugural 1990 Simonsig Tiara went on to be rated Wine of the Year by the expert panel at the authoritative Wine of the Month Club. Simonsig had demonstrated not only that it had the skills to make the wine, but also vineyards that delivered on quality. The fact was supported by subsequent expressions it produced.

As a premium red blend Tiara, was among the wines that established Simonsig as a serious red wine producer. 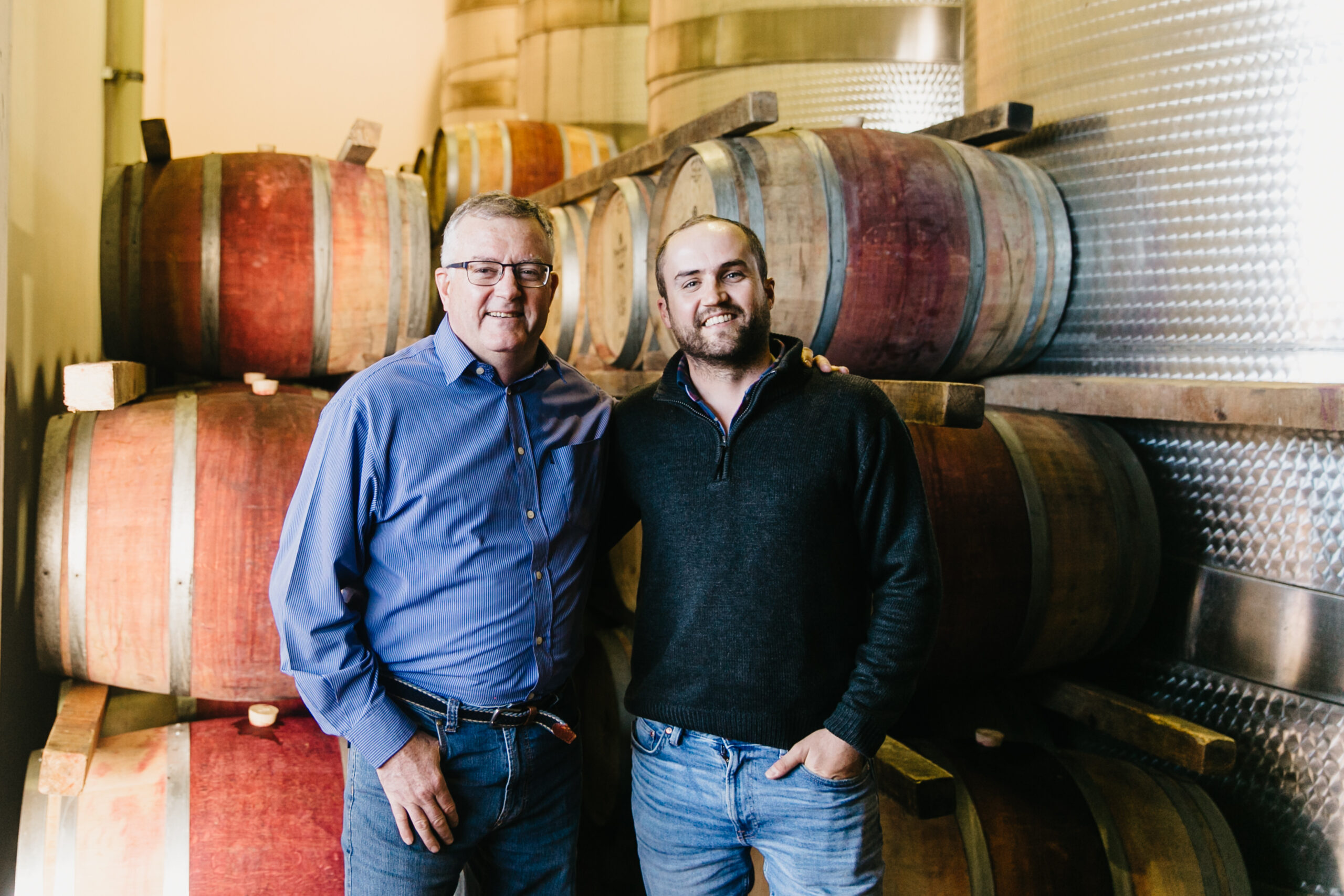 Since 1990, the Simonsig Tiara has been released every year and with each new vintage, the style has remained true. As with the crown that infers elegance and finesse, the characteristics are fundamentals in the wine too. “Blending Merlot and Cabernet franc melds the structure and robustness of Cabernet Sauvignon into a refined, harmonious and perfumed wine,” says Michael Malan.

With Cabernet Sauvignon as its main anchor, the current vintage Tiara 2018 includes 13% Merlot, 2% Petit Verdot, 2% Cabernet franc and 1% Malbec. It spent 18 months in French oak barrels, 80% of which was first-fill and 20%, second-fill.

This was the first vintage that the wine incorporated Simonsig’s own Malbec grapes.

Michael notes that the wine shows “wonderful aromas of blackcurrant, dark cherry, and lead pencil with a touch of floral blossoms.”

“On the palate, a concentrated core of dark fruit is finished off with fine layers of cocoa, sea breeze and a hint of savouriness. The tannins are as smooth as silk. With well-integrated oak, the wine has a viscosity that completes it.”

On ageing potential, he says the 2018 has the body and structure to improve with cellaring up to 2025 but it should last much longer. “Its current elegance and fruit intensity, however, make it also delicious to drink now.”

As for winter, the Simonsig Tiara is the perfect wine for a hearty meal, showing impeccably with dishes such as braised pork belly, Chalmar beef rump and mushroom ravioli.

It sells for R255/bottle from www.simonsig.co.za. Discounts are available to wine club members. More details available on the website.

The winery is located on the Kromme Rhee Road, Koelenhof, Stellenbosch.

About the Author: Cara